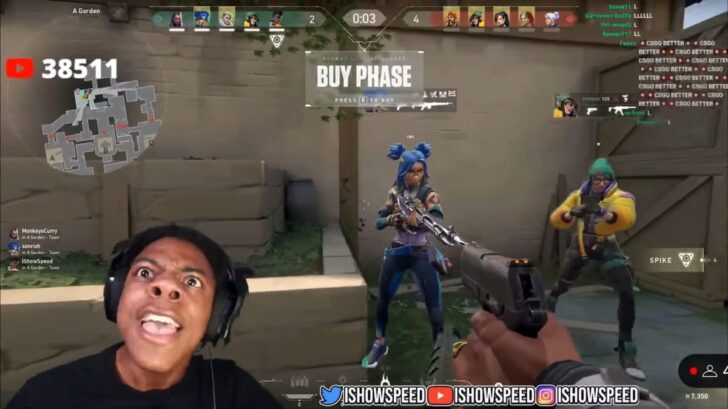 In maybe the swiftest escalation of 2022, gaming YouTuber and experimental rapper IShowSpeed was banned from Valorant (and other Riot Games titles) and potentially YouTube for demeaning a female player in Riot’s tactical hero shooter. IShowSpeed has since apologized for his behavior, saying he was “not having a good day” in the clip that went viral and appears to have sparked the ban. While moderation was speedy, the entire debacle has sparked discussion around trash talk in games, and who gets a second chance when they’re young and reckless.

An anonymous hacker leaked payroll information for every streamer on Twitch yesterday, and predictably, the revealed incomes have become an inescapable topic of conversation for streamers in their Twitch chats and on social media. The range of reactions to the leak has been vast, with some streamers making light of the matter, and others seeing it as an opportunity to spotlight longstanding issues with the livestreaming platform.

Today, Twitch released its first-ever transparency report, a lengthy, stat-based look at the platform’s safety initiatives over the past year. It contains some interesting, albeit granular, information about Twitch’s efforts to cut down on hateful conduct, sexual harassment, and even terrorist propaganda. But it also fails to clear the haze from the question that has surrounded many of Twitch’s most perplexing decisions: Why?