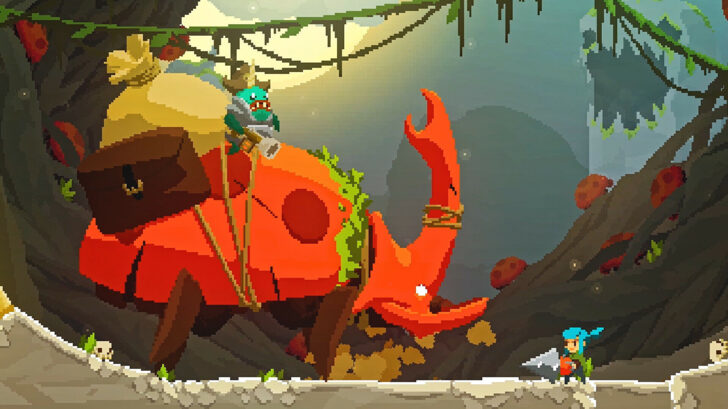 I’ve been eagerly anticipating Pepper Grinder since I saw a series of tweets with GIFs several years ago. It’s a pixel platformer in which the protagonist, Pepper, has a drill which she uses to plow through scenery, and a grappling hook for all the moments when she’s not underground. It’s now been officially announced with Devolver as publisher and there’s a reveal trailer below. Read more