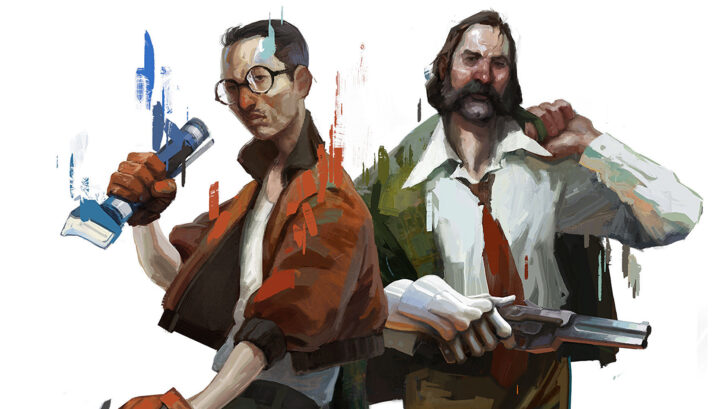 Amazon Studios are considering making Prime shows and films based on video games, signing a first-look deal with the production company currently planning adaptations of games including Disco Elysium and Life Is Strange. This will give Amazon the first opportunity to snap up anything DJ2 Entertainment might be making, if they want to. This is not, however, an announcement that Amazon will make these specific shows. These shows still might never get made, by anyone. But maybe it’s enough of a step forwards for you to start daydreaming about what such shows could be? Read more

Quick! You don’t even really have time to read this post, depending on how fast a reader you are. Little Nightmares, classic creepy horror game, is free to keep if you grab it from Steam before 6pm on Sunday May 30th. You can rush to the game’s Steam page now to set it downloading, or you can read on first if you think you can finish this post within the next 20 hours. Read more

By Stephany Nunneley 28 May 2021 20:39 GMT Little Nightmares can be yours for nothing on Steam.The rather dark and whimsical Little Nightmares is currently 100% off on Steam for the next few days.Watch on YouTubeIt stars Six, a little girl trapped in a prison called The Maw where every room is a puzzle. Six’s mission is to escape, evading a particular enemy who probably wants to eat her.As you progress on your journey, you will explore a disturbing dollhouse offering a prison to escape from and a playground full of secrets.The game won at The Games Awards 2016 for…

By Alex Calvin, Wednesday, 13 January 2021 11:47 GMT You might be able to get a taste of the horror to come later today. A demo for Bandai Namco’s Little Nightmares 2 has started to pop up on console stores.As spotted by Destructoid, a trial for the upcoming horror title is being rolled out on both PlayStation 4 and Xbox One. The Little Nightmares 2 Demo has appeared on the Microsoft store, as well as the PlayStation Store in parts of the world. So far, nothing has shown up on the Nintendo eShop just yet.Nothing has been officially announced by…