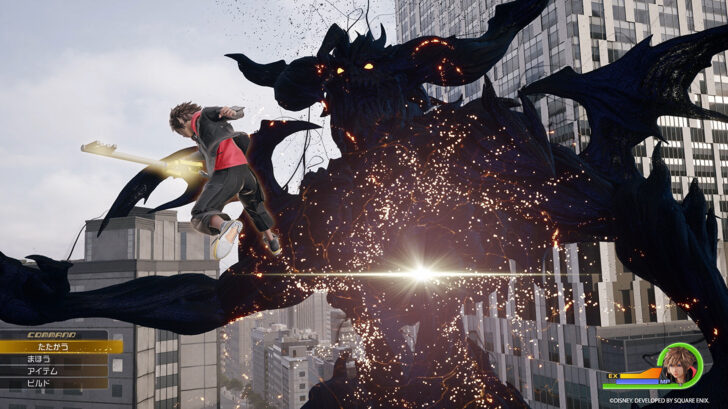 Over the weekend, Square Enix surprise-announced Kingdom Hearts 4, the next big game in their incomprehensible RPG series which stars Disney cartoon characters as pop-punk boyband multiverse superheroes. I am mildly distressed to see KH4 lean towards a ‘realistic’ art style in parts, though I would be curious to see a Kingdom Hearts Mickey Mouse that’s just a wee mouse wrapped in leather, plaid, buckles, and zips. While KH4 is largely a mystery for now, eagle-eyed viewers think the announcement trailer hints at a crossover with the Disney Princess world of Star Wars. Read more

I grew up in the late ’80s and the ’90s and, without access to streaming services, would do nearly anything to be able to watch more cartoons. For example, I suffered through awkward skits between a middle-aged man and a lamp in Glen Michael’s Cartoon Cavalcade, begging for the next proper animated bit to, please, just start. It’s in this spirit that the Kingdom Hearts series seems to have been made: lure in children with the promise of Olaf from Frozen and other beloved Disney and Pixar characters, but then make them work for those appearances by having them sit…

I was 14-years-old when Kingdom Hearts first came out in the UK. I was big into Disney and I’d just come off a pretty intense Final Fantasy streak where I’d played VIII, a bit of VII, IX and then the rest of VII again in fairly quick succession. I almost couldn’t believe my luck. Far from being some kind of crazed fever dream I’d imagined while doodling in my notebook at school, this game was 100% real. It combined two of my most favourite things in the whole wide world, in what was rapidly becoming my new favourite genre of…