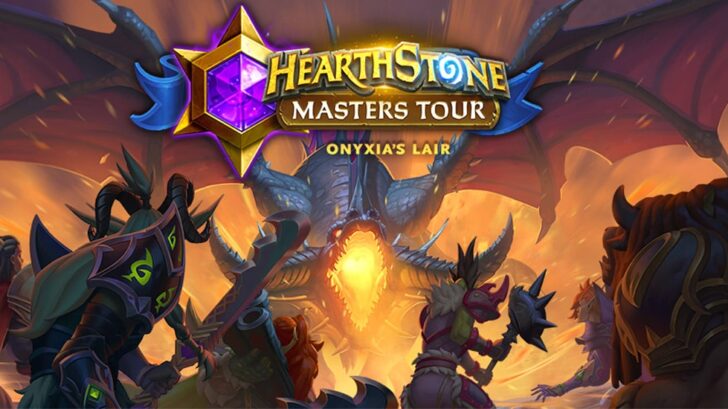 Three UK Hearthstone players reached top 8 in the Masters Tour 2022 Onyxia’s Lair on the weekend, including an Unknown player (a lesser-known player with a name that’s literally ‘Unknown’). UK players Unknown and DeadDraw – who plays for Team Liquid and had the highest win-rate last year – faced one another in the quarter finals. DeadDraw winning 3-1 to progress to the semi-finals. There, he fell 3-2 to another UK player, Judgement, who progressed to the grand final, only to suffer defeat to Chinese player LoveStorm 3-1. Continue reading An unknown UK player only known as ‘Unknown’ reached the…

Twitch streamer Alexandra “Alliestrasza” Macpherson, a prominent Hearthstone player and a member of esports organization Fade 2 Karma, was arrested on February 9. But it wasn’t her fault. She was swatted while playing the collectible card game live on stream, with police showing up fully strapped and ready to take down whatever threat was lurking in her home. 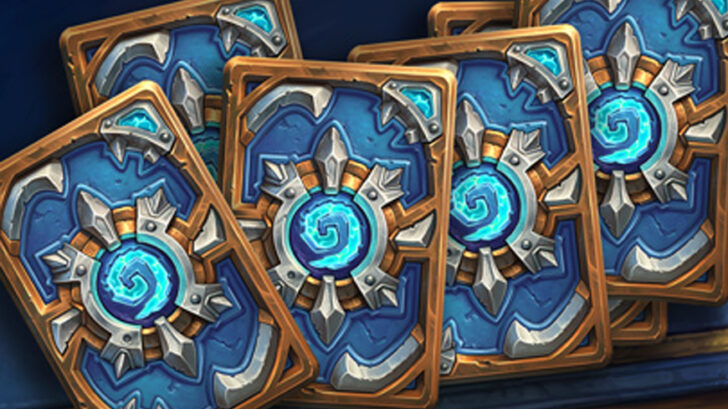 Activision Blizzard has revealed its esports plans for Hearthstone in 2022, including format, schedule, tournaments and prizing. $3m in prizes will be up for grabs overall throughout the year, across several tournaments, including an expanded World Championship to new seasonal Masters Tour tournaments, the sunsetting of Grandmasters, and the introduction of monthly Battlegrounds events. The UK has some talent in Hearthstone, including players like Paradox (who recently won the UK University Hearthstone League) and Hearthstone casters like Raven. Continue reading Hearthstone 2022 esports changes announced: $3m prize pool revealed, Hearthstone Grandmasters to be phased out

UK esports organisation Semper Fortis Esports PLC have announced their entry into Hearthstone and NFT video game Axie Infinity. The company’s esports team, SMPR, have signed Russian player Aleksei ‘Iner’ Bakumenko to compete in both games for the upcoming season. The player has signed a three-month contract with an option to renew for an additional six months thereafter. Iner will also receive an annual salary and performance-based incentives. The new hire is the first competitive esports players competing in the ‘play-to-earn’ division of Semper Fortis Esports, where players will be incentivised to compete on behalf of the company for cryptocurrency-based…

Get to know your enemies’ stats and abilities Hearthstone Mercenaries is a new minion-focused gamemode where you create parties of powerful characters to collect procedurally-generated bounties in PvE and battle other players’ mercenary gangs in PvP. While the titular mercenaries are made up of familiar faces from World of Warcraft and Hearthstone lore, Mercenaries is a brand-new game mode that uses minions in a completely different way to Constructed, Arena, and Battlegrounds, incorporating abilities that permanently improve as you level up and other novel battle mechanics. The Hearthstone Mercenaries game mode has its own packs, and you’ll manage your collection…

Having spent the last two months casting the most recent Hearthstone Grandmasters (which ended in a controversial player ‘ragequit’), Alexander ‘Raven’ Baguley is an experienced UK Hearthstone caster. Raven has a storied history, having played in the old ESL UK & Ireland Hearthstone Premiership and at various Insomnias, before transitioning into casting. Not only that, but he’s run his own events, was crowned the ‘UK’s Best Gamer’, witnessed UK esports’ first streaker and first met ENUK editor Dom Sacco while playing vanilla World of Warcraft some 15 years ago. Continue reading Raven interview: Hearthstone caster and ‘UK’s Best Gamer’ on…

By Stephany Nunneley 5 May 2021 20:36 GMT In Activision Blizzard’s financial report last night, it was revealed that Blizzard’s revenue grew 7% year-over-year (yoy), but that player numbers were down.According to the report, WoW Classic and World of Warcraft Shadowlands helped drive revenue with Hearthstone providing some help too.Watch on YouTubeGoing by the player figures, noted by Massively OP, it appears Blizzard has lost 2 million players across its games since Activision Blizzard released its Q4 2020 results.At last count, there were 29 million active users in Q4 2020. That number has dropped to 27 million for Q1 2021.Massively…

Two prominent Hearthstone streamers have stepped down from an upcoming tournament in order to help improve diversity and inclusion in the space. Kripparrian and RegisKillbin were due to take part in the Hearthstone Crossroads Inn-vitational tomorrow (April 21st), featuring 20 players and a $100,000 prize pool. They have now voluntarily stepped down, with women players Lunaloveee and Avelline taking their spaces. The move comes following a debate around sexism and a lack of inclusion within the Hearthstone community. Continue reading Kripparrian and RegisKillbin give up Crossroads Inn-vitational slots to help make Hearthstone more diverse following debate around inclusivity and sexism

A new Hearthstone expansion is on the way, and it’s called Forged in the Barrens, and it will be the first released for what’s being called the Year of the Gryphon.During the BlizzConline 2021 opening ceremony, Blizzard announced the latest expansion for Hearthstone.Coinciding with the start of the Year of the Gryphon is the launch of the new Hearthstone Core Set, which replaces the existing Basic and Classic sets with a curated selection of 235 cards, including new and previously released. This will reinvigorate the game for both existing players and newcomers. Launching alongside the Core set is the new…

By Stephany Nunneley, Wednesday, 10 February 2021 20:29 GMT What to expect from the digital event has been posted.Blizzard has posted the schedule for BlizzCon, which will take place entirely online this year. You can tune in to watch the show entirely free on February 19 and 20.As you know, the opening ceremony kicks off at 10pm GMT/2pm PT/5pm ET on Friday, February 19, with a look at some of the upcoming content that Blizzard has in development.After that, you will be able to turn into different channels to find out everything else the studio has planned.For WoW fans, on…

Watch the main announcements or dig into your favorite games

Ask not for whom the panda sweats; it sweats for thee.

By Alex Calvin, Tuesday, 17 November 2020 13:28 GMT Recent changes to Blizzard’s World of Warcraft-themed card game have left some users unhappy.Fans of Blizzard’s free-to-play card battler Hearthstone are unhappy about the rewards doled out by the new premium Tavern Pass system.As reported by PC Gamer, this new battle pass-esque mechanic was introduced on November 12 and promised to not reduced how much gold users received from playing the game. It seems that this is not the case, with people reporting that they aren’t landing as much gold as they were before after buying the $20 Tavern Pass.Taking to…