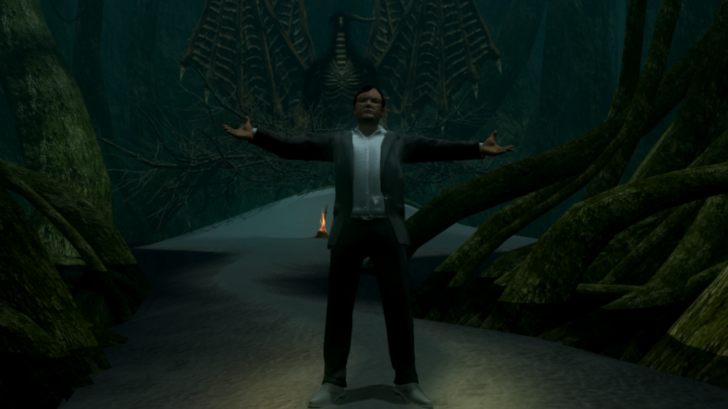 Audio player loading… The enormous success of the Souls series has led elements of the community to somewhat deify one of the key creative forces behind it, Hidetaka Miyazaki. While these games are worked on by hundreds of coders and artists, Miyazaki’s stamp on the final product is always unmistakable, from his deeply melancholy and oft-grim tales of heroism to the sense of slapstick humour that pervades these bleak and deadly landscapes. Miyazaki himself remains something of an enigmatic figure: He gives great interviews without ever really saying much, and part of the games’ magic is that their surprises are… 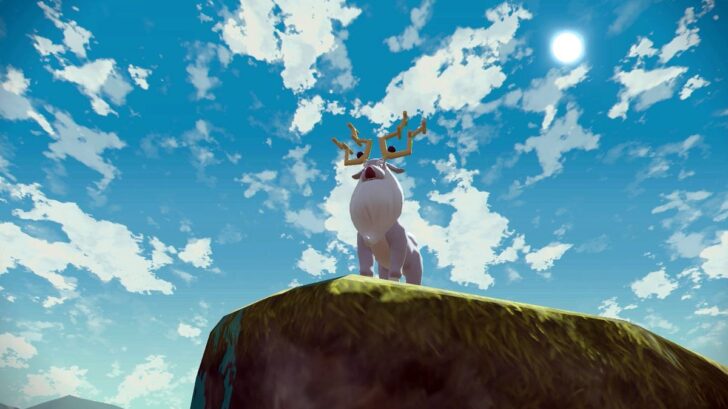 Pokémon Legends: Arceus arrives on Nintendo Switch on January 28, but the embargo for press outlets who receive game code ahead of release lifts today–and so far, these assessments are raving about the latest monster collector. Many are calling it the best in the series. 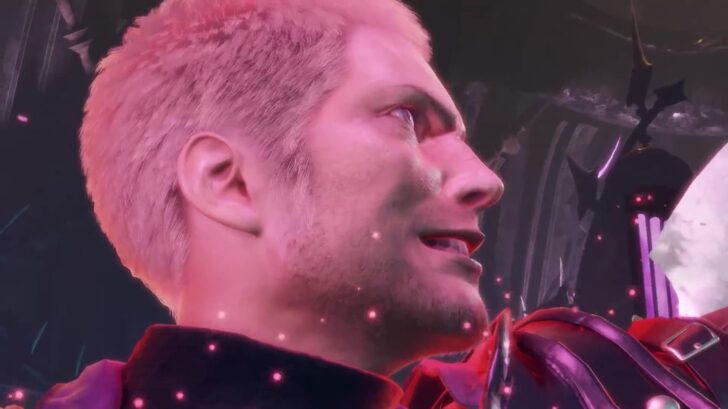 “Just tell us about the crystals”, demands Jack, Stranger Of Paradise Final Fantasy Origin‘s prickly protagonist. He has no time for the posh dark elf who applauds him for something. Whatever it is, Jack doesn’t care. In fact, I don’t think he knows where he is. If he does, he wants nothing to with it. This interaction is contained in a new trailer that I deem to be perfect. It sells me on this Final Fantasy action RPG, because it seems like I’ll get to control someone as impatient as I am. Jack lives for crashing and bashing. The story… 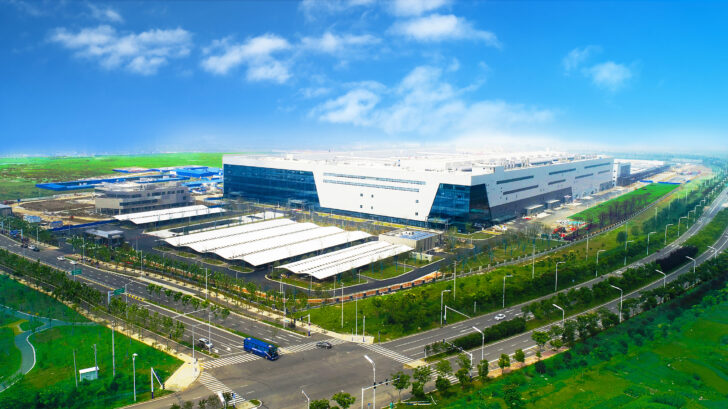 According to a report from Nikkei, debt-stricken Tsinghua Unigroup will scrap plans to build two new large 3D NAND and DRAM fabs and reshuffle Unisoc as part of its restructuring plan. Both moves represent major setbacks for China’s ‘Made in China 2025’ semiconductor self-reliance plan.   Tsinghua Unigroup will axe two major semiconductor fab projects in China as part of the ongoing restructuring procedures, a serious blow for the country’s semiconductor self-sufficiency goal as local memory production is a key part of the plan. The move will impact the global supply of 3D NAND and DRAM and thus affect memory prices… 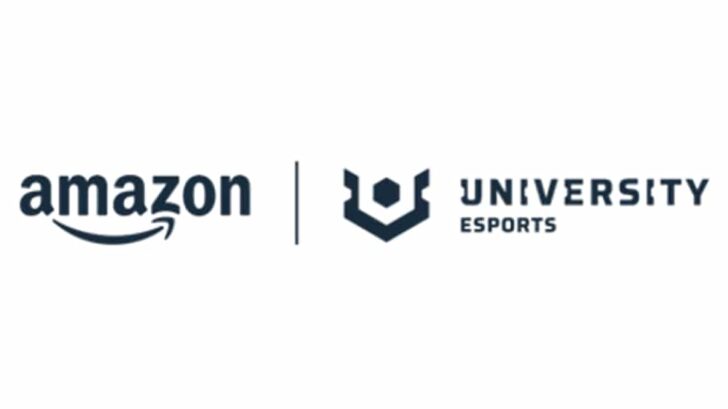 Record numbers of university students took part in the Winter 2021 season of Amazon University Esports in the UK and Ireland, which is run by NUEL and GGTech. More than 1,150 teams of students from 105 universities around the UK and Ireland competed weekly against each other in a range of esports games, including League of Legends, Valorant, CSGO and Overwatch. That’s up from 900 teams the year prior, with signups for the Valorant tournament more than doubling year-on-year. Continue reading Amazon University Esports reports record numbers in UK/Ireland Winter 2021 Season, with more students and societies participating 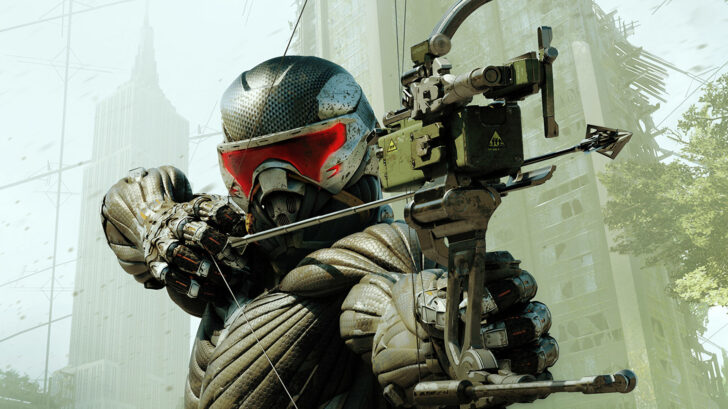 With powerful graphics cards worldwide still being snapped up by cryptocurrency miners, it feels almost cruel for Crytek to announce another Crysis game. Today they confirmed they’re returning to their supersuit FPS with a new instalment they claim will be “a truly next-gen shooter.” They’re not clear about what next-gen means to them. Will Crysis 4: a) require a £1500 graphics card; b) be a battle royale; or c) sell NFT hats on the metaverse blockchain cryptonet? Answers on a postcard, reader dear. Read more 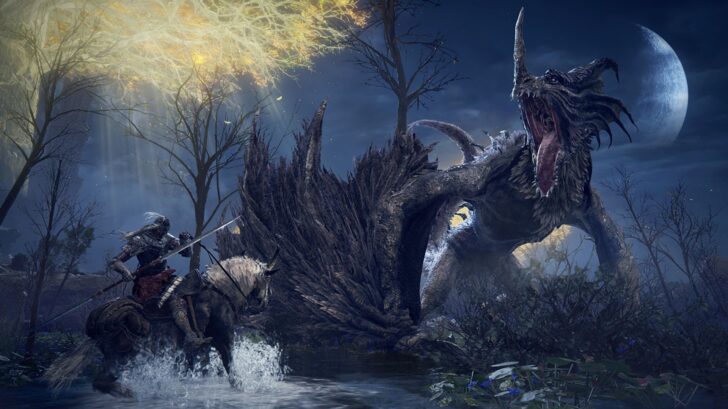 From Software’s latest game will take you about 30 hours to complete just the story, with much more content on offer for those that seek it out We haven’t got that much longer to wait now until publisher Bandai Namco and developer FromSoftware finally unleash the horrors of Elden Ring into the world. But, if you’re anything like me, you’re probably wondering how long it’s going to take to beat this game for the first time. After all, FromSoft’s games are know for being particularly tricky to complete, and your first run-through the title is usually the hardest. Well, we’ve… 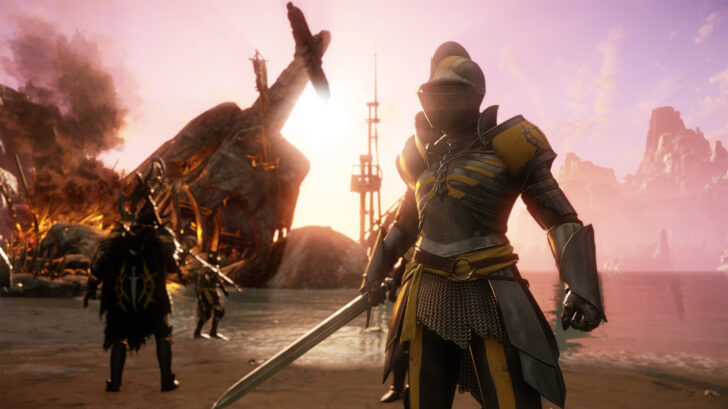 Audio player loading… New World’s latest patch aims to improve the Amazon MMO’s much-bemoaned endgame experience through the introduction of game-changing ‘mutators’.  After completing an endgame expedition once, players will receive a codex and orb that allow them to reply that expedition with a mutator active: These increase the challenge and rewards, modify both normal and named enemies, up the complexity and unpredictability of enemy encounters. The exact combination of expeditions and mutations will rotate each week, and players battle their way up through increasingly difficult challenges (there are 10 difficulty levels on each expedition mutator). The mutations will also… 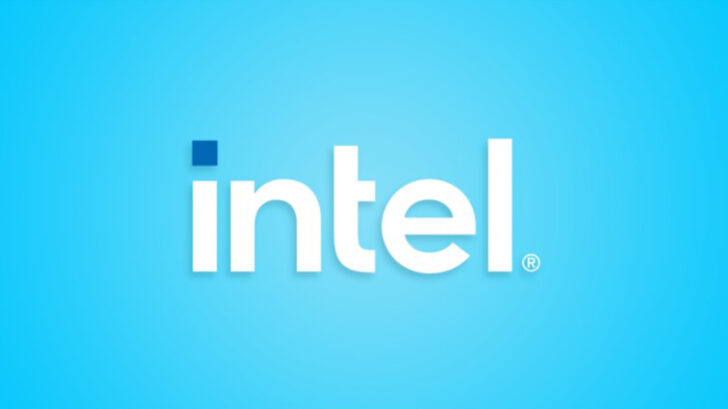 Intel has won its appeal against a €1.06-billion-euro ($1.2 billion) EU antitrust fine from 12 years ago according to Reuters. The decision to impose the fine was annulled in its entirety by the same court that in 2014 had upheld the original 2009 ruling.  (Image credit: Court of Justice of the European Union)The original case revolved around whether Intel had blocked AMD from the market by giving rebates to Dell, HP, and Lenovo if they bought at least 95% of their chips from Intel. The original case was one of the EU’s landmark antitrust decisions, but the EU General Court… 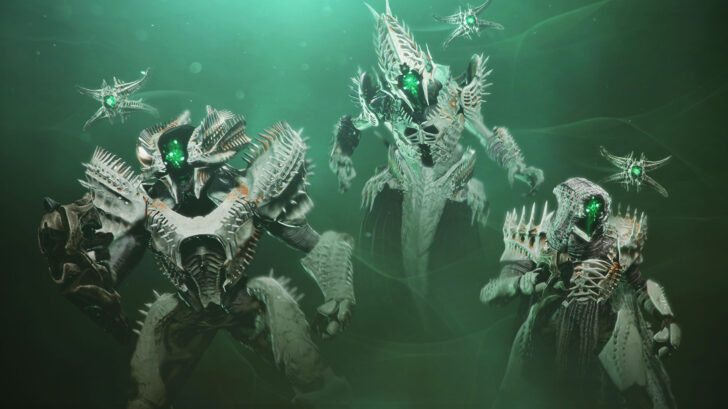 In a new video, Dorrani takes us through the five most important bits of info you’ll want to know ahead of the expansion launch If you’ve been reading our ongoing Destiny 2 coverage, or have been keeping tabs on the game in even a limited capacity, you’ll know the the newest expansion The Witch Queen is right around the corner! As any expansion before it, the release will supercharge the game with a vast array of new changes, updates, and features. All in all it can be a lot to take in and research on your own, which is why… 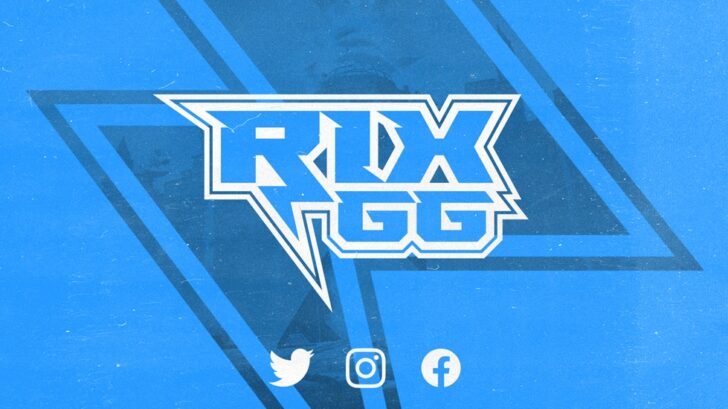 UK esports organisation Rix.GG has announced it is pausing its Valorant ‘Thunder’ project for the foreseeable future. Thunder was Rix.GG’s Valorant first team which had takent part in the Valorant Champions Tour (VCT), Icebox tournaments and more. Rix.GG said that while it won’t be looking for a replacement roster, it remains “committed to finding its place in the Valorant professional scene” and to its “mission of promoting inclusion and diversity in esports”. Continue reading Rix.GG releases main Valorant ‘Thunder’ roster with no plans to find a replacement, women’s team remains unaffected 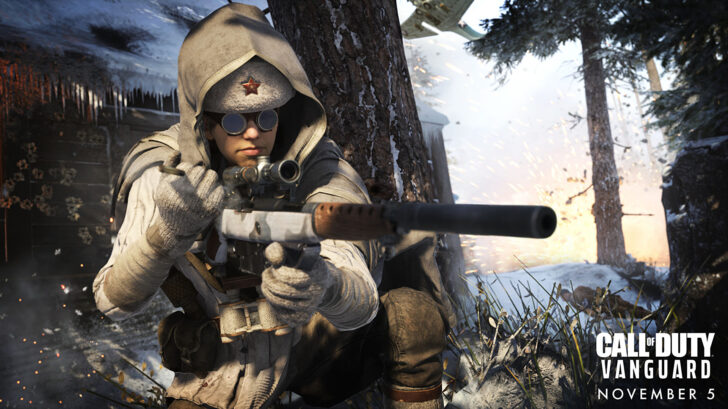 Despite Microsoft’s acquisition of Activision Blizzard, the next three Call of Duty games are reportedly set to launch on PlayStation platforms Ever since Microsoft announced its intent to acquire Activision Blizzard, one of the burning questions that’s been on everyone’s lips has been related to Call of Duty: will Xbox let it launch on PlayStation consoles? Will Warzone stay multiplatform? Will it stick to a yearly release? We may have some preliminary answers on at least one of those issues now, a week after the initial acquisition press release was shared. A new report from Bloomberg claims Sony and Activision… 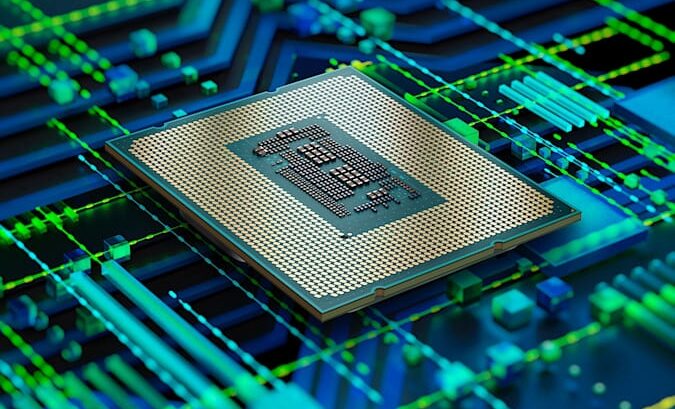 Audio player loading… Intel’s Pentium Gold G7400T—A CPU that has a base price of just $64—has been overclocked by Gigabyte’s in-house pro overclocker Hicookie from just 3.1GHz all the way to 5.8GHz. This is the latest in a flood of overclocks that are taking advantage of the newly discovered ability to increase the base clock (BCLK) of locked multiplier 12th Gen Alder Lake CPUs. HD-Tecnologia.com (via Tom’s Hardware) spotted the results that pushed the little G7400T to 5,808MHz. Hicookie used Gigabyte’s Aorus Z690 Tachyon motherboard and liquid nitrogen to increase the BCLK to 187MHz. The voltage was set to 1.656V…. 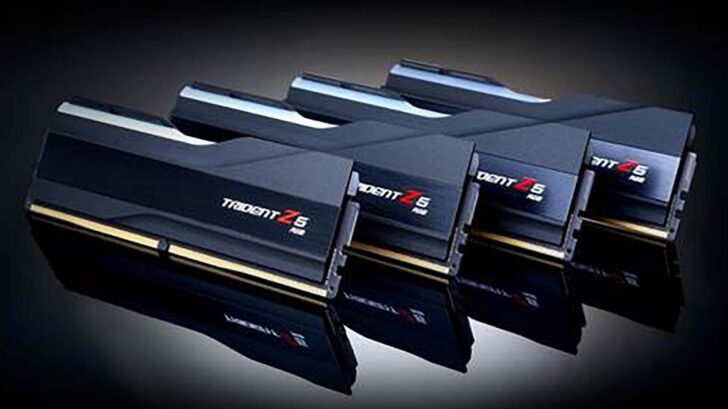 Audio player loading… G.Skill has announced the achievement of a new overclocking world record for the fastest memory frequency at DDR5-8888 at 88-88-88-88. It easily beats out the previous record set back at the time of the launch of the 12th Gen platform. The result is another step on the path towards the DDR5-10000 milestone. The result was achieved by overclocker lupin_no_musume with G.Skill Trident Z5 DDR5 memory. It was used in conjunction with an Asus ROG Maximus Z690 Apex motherboard and Intel Core i9-12900K processor. The result contains a lot of eights! Eight is a lucky number in Chinese… 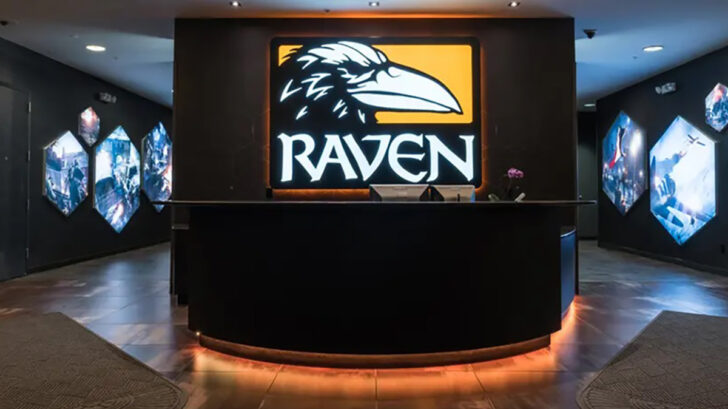 Audio player loading… On January 21st, the QA testers at Call of Duty developer Raven Software announced they had formed a union and were seeking voluntary recognition from Raven parent company Activision Blizzard. “With a super-majority of Raven Quality Assurance invested in our organizing efforts, we have found it to be in our own best interests to push forward with unionization. It has become evident that equity will never be achieved without collective bargaining power,” the workers wrote in an open letter to Activision Blizzard leadership. The newly formed Game Workers Alliance, composed of 34 quality assurance workers, asked for… 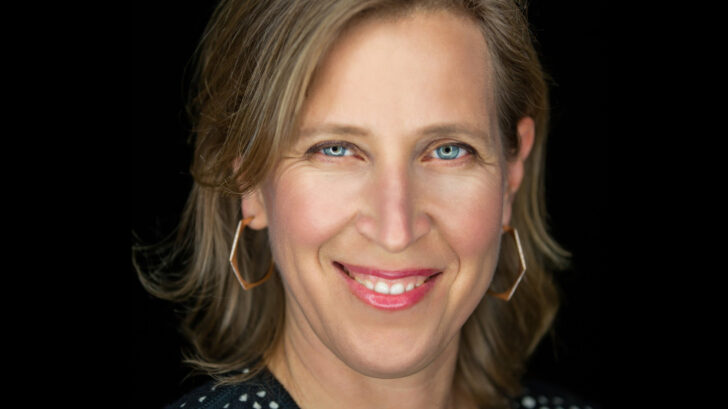 Audio player loading… A week after Twitter added support for NFT avatars, YouTube CEO Susan Wojcicki has said that cryptocurrency and NFTs present a “previously unimaginable opportunity to grow the connection between creators and their fans” on YouTube. Wojcicki didn’t announce any specific plans to add blockchain functionality to YouTube, but calling NFTs an “opportunity” sure makes it sound like the site is working on something. YouTube head of gaming Ryan Wyatt announced today that he’s leaving YouTube for a blockchain company, as did senior director of creator partnerships Jamie Byrne (for a different blockchain company), so clearly others at… 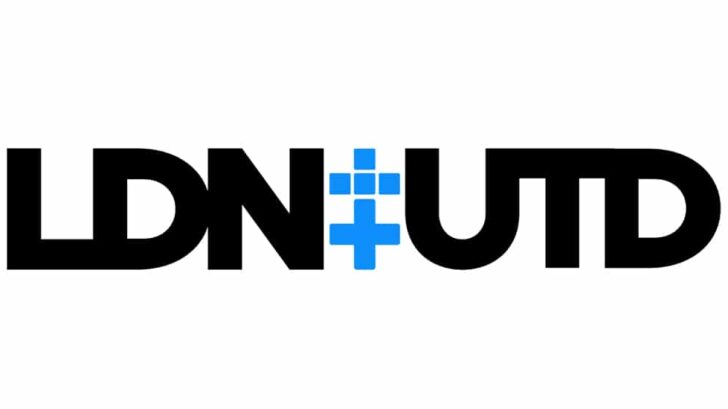 UK esports organisation LDN UTD are celebrating after securing passage to the first Valorant EMEA Challengers event of the year. They defeated Excel Esports 3-0 in the closed qualifier lower bracket final on the weekend to qualify for Challengers Stage 1. Excel will be disappointed after failing to qualify, after falling 3-1 to G2 in the upper bracket final then losing 3-0 to LDN UTD in the lower bracket final. They put in hard work only to fall at the final hurdle. Continue reading LDN UTD reach VCT 2022 EMEA Stage 1 Challengers after beating Excel in closed qualifier lower… 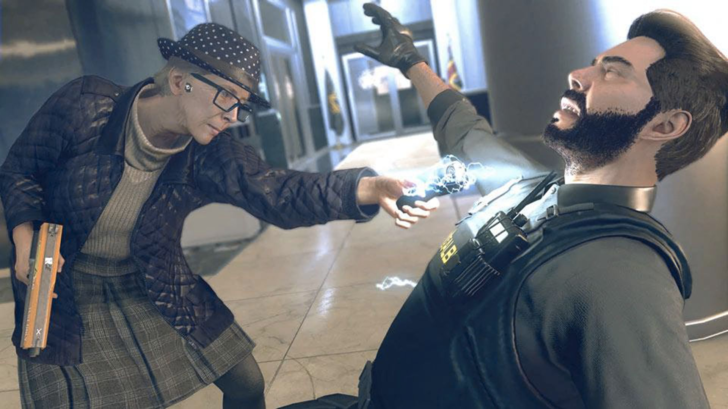 Watch Dogs: Legion isn’t getting anymore post-launch content. In an update from the development team, they say that the previous update was the last, and that ‘seasons’ in the online mode will soon begin to repeat. Read more 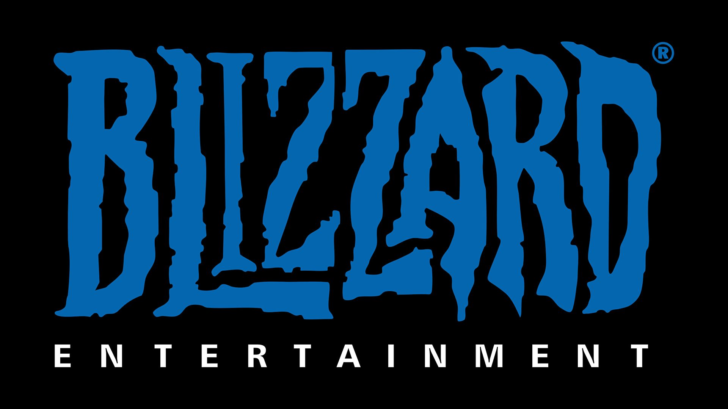 If you click on a link and make a purchase we may receive a small commission. Read our editorial policy. Blizzard is working on a new game and it’s a survival title for PC and consoles. This is according to a call for staffers to help shore up the development team. According to the company, the game will be set in a whole new universe, will be “full of heroes we have yet to meet,” “stories yet to be told,” and “adventures yet to be lived.” That’s all of the information that was posted. The lack of information probably has… 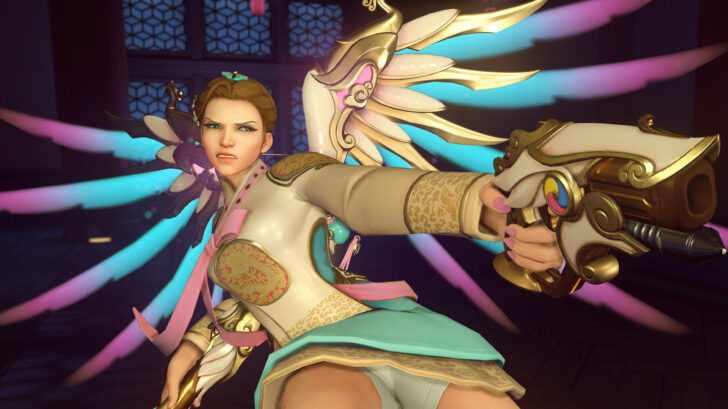 Audio player loading… Overwatch’s new Lunar New Year 2022 event is adding only two new Legendary skins to the game, compared to the usual five. The game’s annual events typically come with several new skins to earn and unlock for its big roster of heroes, but this is the lightest event for skins in the game’s five-year history, despite plans for a lot more legendary skins later in the year. In a statement to Dot Esports, an Overwatch spokesperson said, “We understand that this year’s Lunar New Year event doesn’t have the number of Legendary skins as previous events. The…